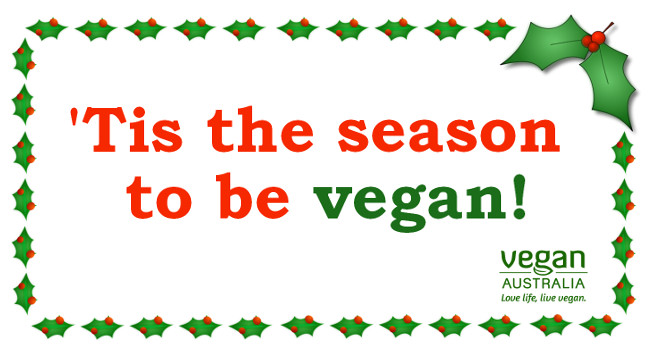 2015 has been a big year for veganism in Australia! One indication of the growth in veganism is the fact that over 1,600 animal rights and vegan events have been organised this year, representing every state of Australia. This is more than at any other time in history!

In September, we launched an updated version of the Vegan Australia website, at www.veganaustralia.org.au. The new website contains articles on the why and how of veganism, which will be a boon to new vegans. It also contains an extensive listing of upcoming vegan events around Australia as well as the latest vegan and animal rights news.

This year, Vegan Australia carried out extensive research into the impact of a vegan agricultural system on the economy, employment, land use, food security, environment and other areas. It discovered that animal farming uses a massive 56% of the Australian continent and contributes 50% of greenhouse gas emissions and yet makes up only 1% of the Australian economy and employs only 2% of the workforce!

To help spread this information to the general public, Vegan Australia supported vegan attendance at the People's Climate Marches and helped promote the launch of Cowspiracy, a documentary about the environmental impact of animal agriculture.

In other news in 2015: vegan billboards on display in Toowoomba and Sydney with many more planned for 2016, vegan talks were the highlight of the Animal Activists Forum, there was an increase in demand for meat alternatives in Australia, farmers miss the point on climate change, the US Dietary Guidelines state that a vegan diet is best for the planet, research on the psychology of meat eaters suggests ways meat eaters alleviate feelings of guilt and a catchy new vegan anthem, "Happy Veganniversary", was launched. And much, much more!

The growth in the vegan and animal rights movement has been due to 1000s of concerned Australians. This year the momentum has increased in pace and community reach. We'd like to thank everyone who has been part of this.

Find out how you can get involved.